Women's Philanthropy of the Jewish Federation of Broward County is inspired and guided by our tradition of tzedakah (righteousness/charity) and tikkun olam (repairing the world). We are dedicated to the future of our community, Israel and the Jewish people. Through Women's Philanthropy, women make a personal commitment to support the Jewish community locally, in Israel, and around the world. We raise funds for crucial programs, plan for our community's future, and help women develop into tomorrow's leaders. For women of all ages, backgrounds and interests, there is a place for you to be involved and make a difference.

"I welcome everyone to our table, no matter where you live or where you are from. We have so many wonderful opportunities in which to engage in Hands on Philanthropy (HOP), network, make friends and to become personally enriched. Women are vital to their families and their communities, even more so now than ever before. Thank you to all of those who have volunteered their time and resources. You have made a huge impact in the lives of many. I urge each and every one of you to join us and help fulfill our mission. I look forward to working with all of you as we continue our magical Jewish journey." 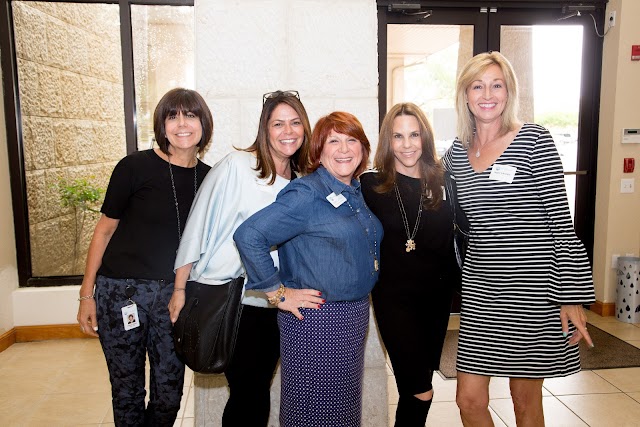 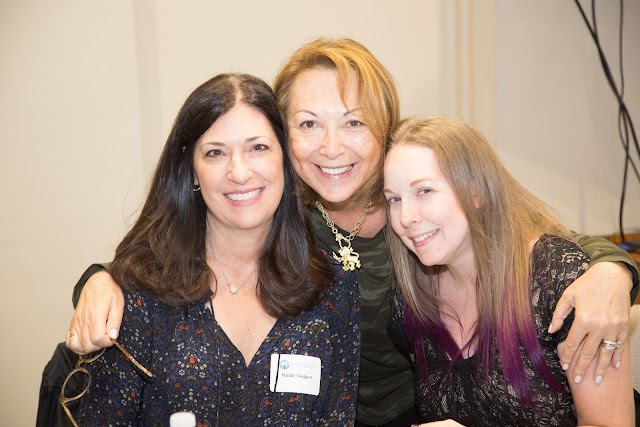 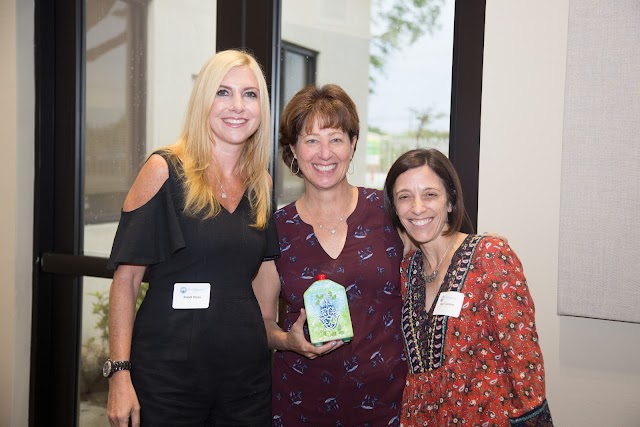 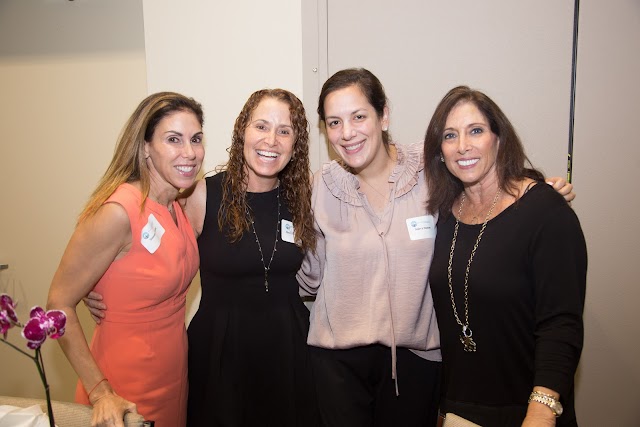 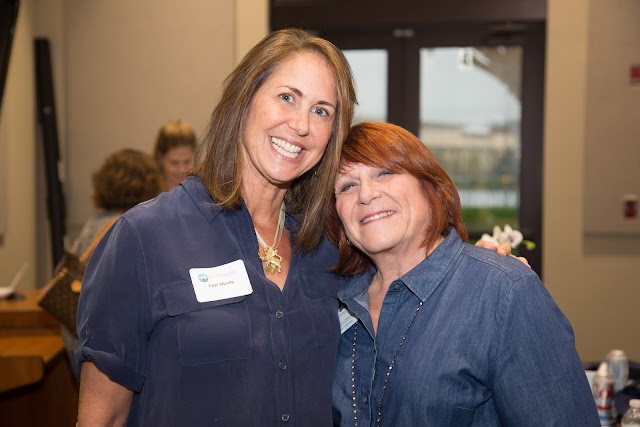 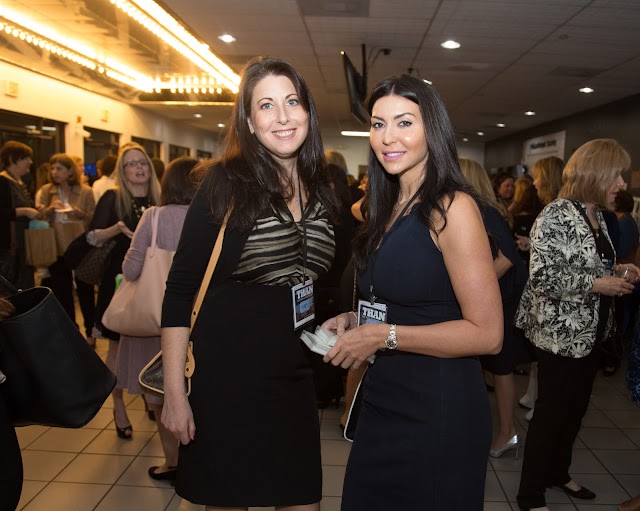 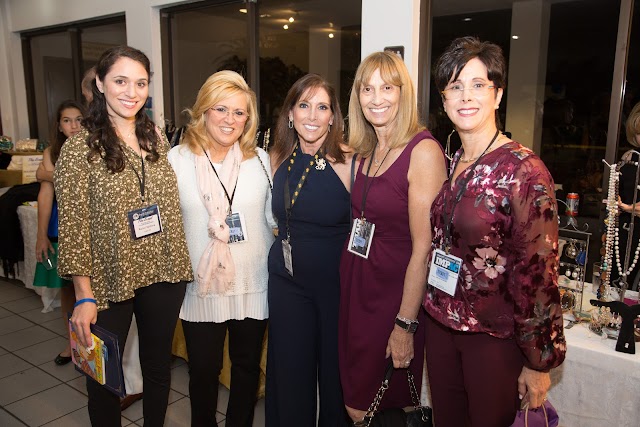 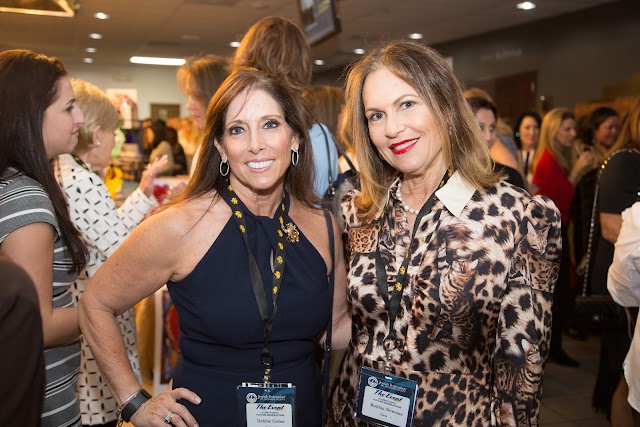 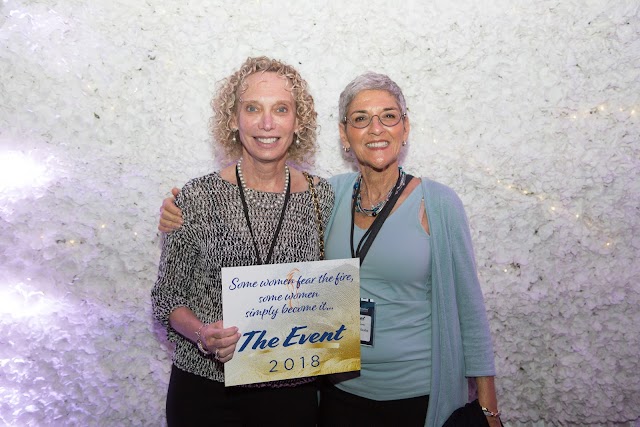 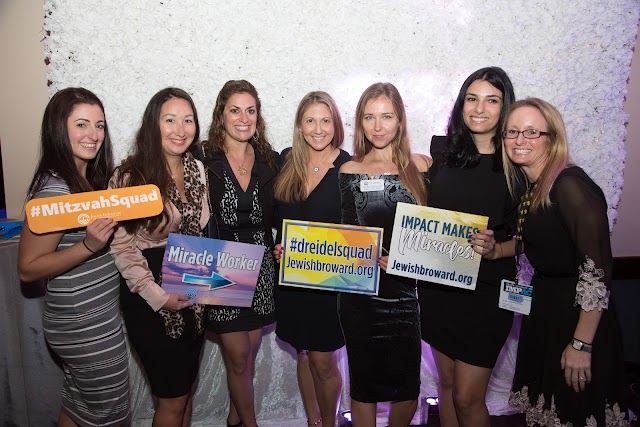 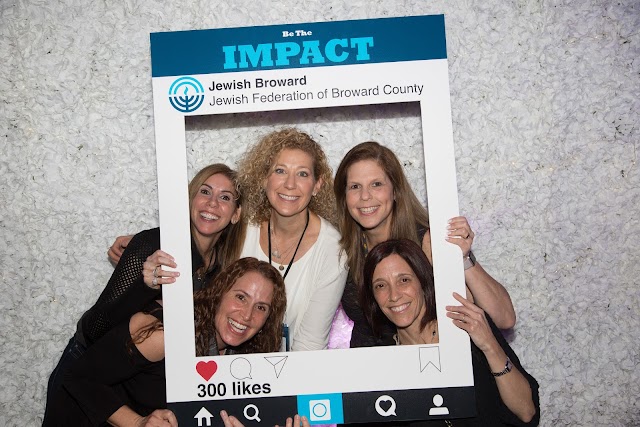 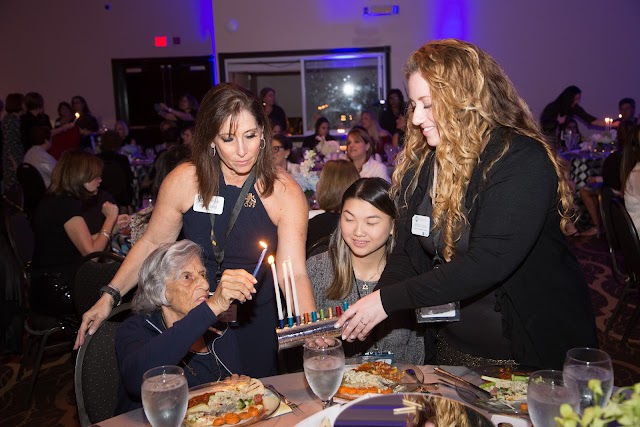 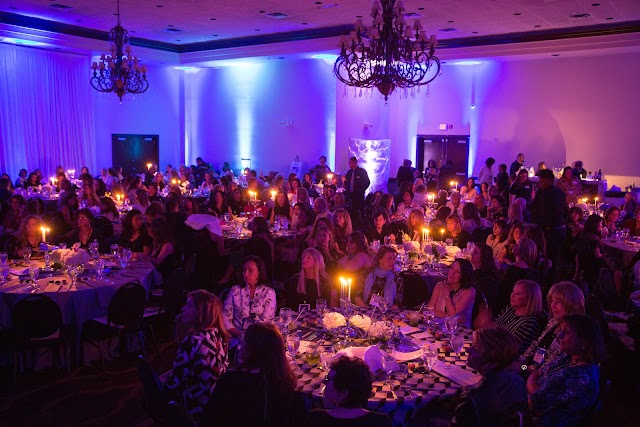 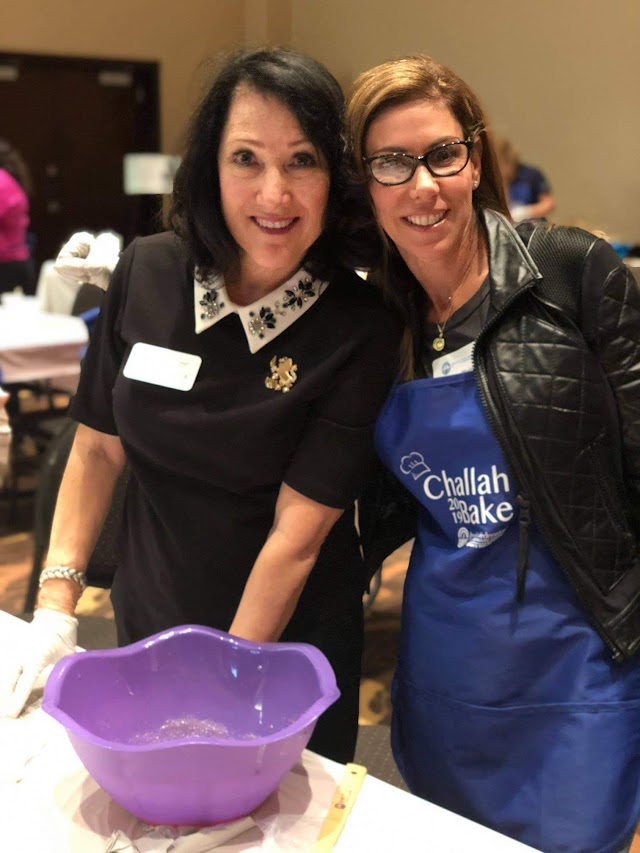 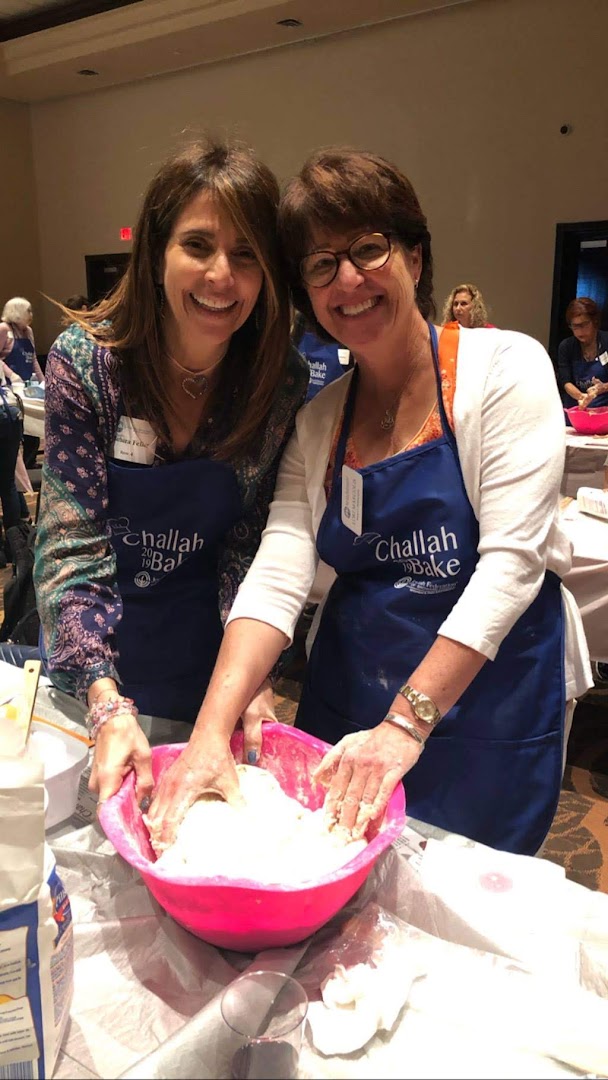 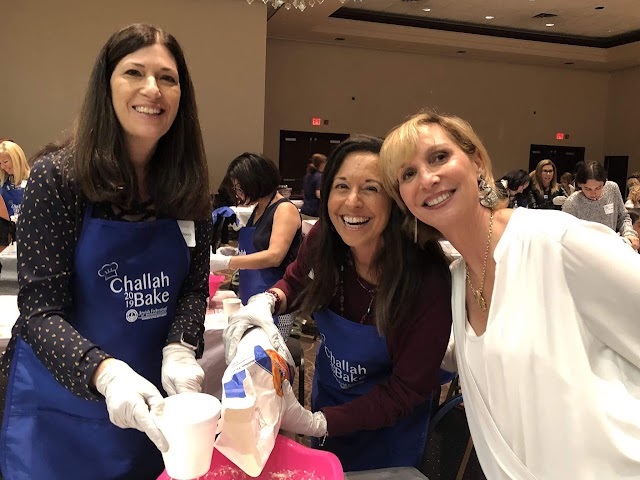 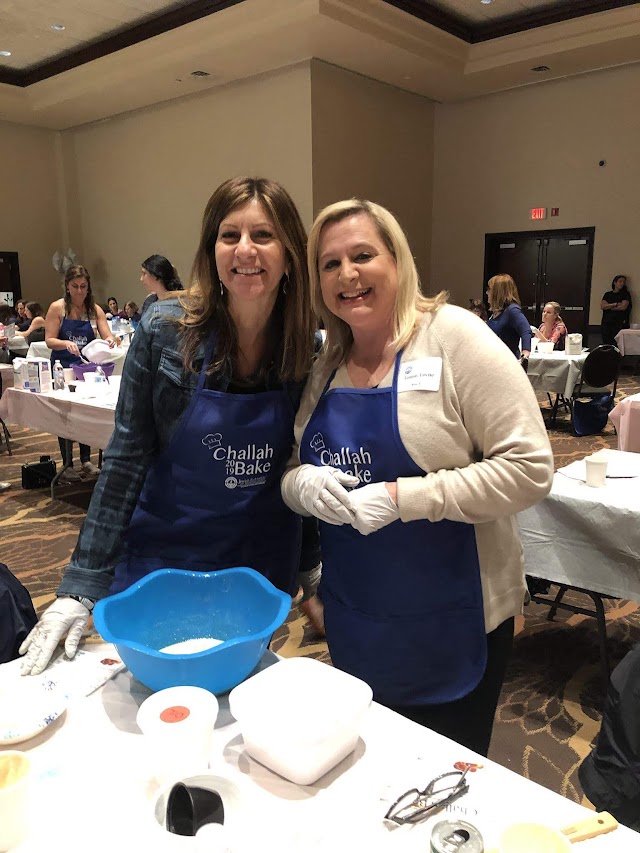 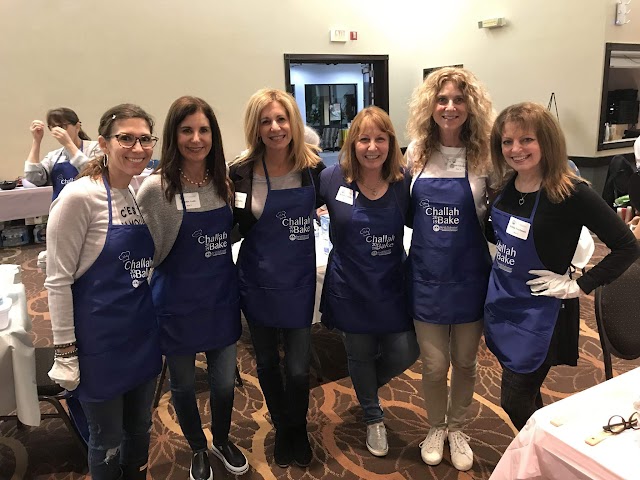 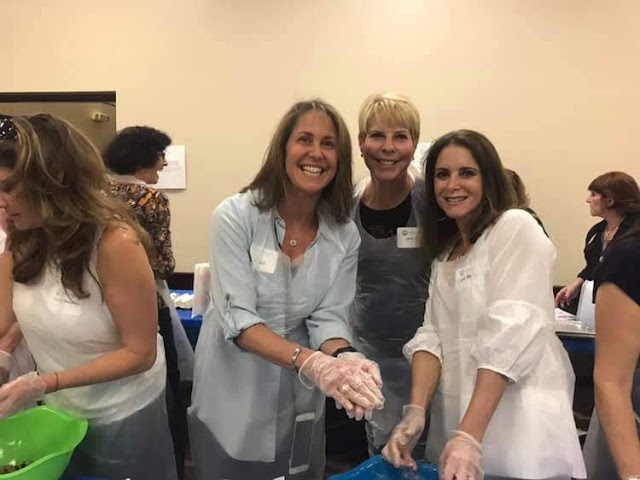 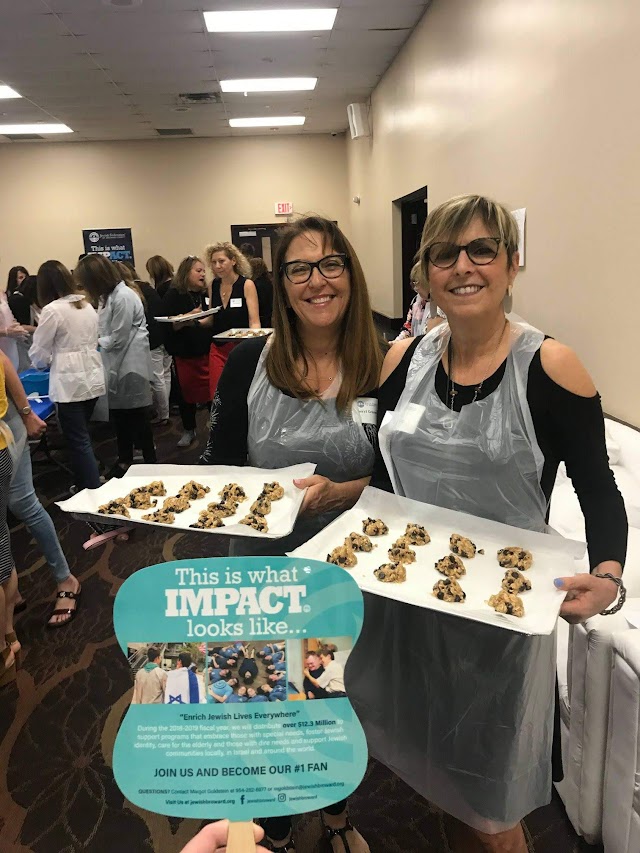 Carolyn Shapir has been active in Broward County's Jewish community for over thirty years.
Raised in Montreal, Canada, she earned her Bachelor of Management degree at McGIll University. She worked for several years as a systems analyst for a large telecommunications company. Later on, her and her husband, Jonathan, immigrated to the United States, bringing not only themselves but also their love for their Jewish heritage.
Her Jewish involvement includes, but is not limited to, being a past chair of the David Posnack Jewish Community Center, being the first chair of Broward County's Jewish Book Month, as well as becoming the first chair of Broward County's Jewish Film Festival. Prior to becoming Chair of Women's Philanthropy, Carolyn served in various lay leadership roles at the Federation and presently serves on the Federation Board of Directors. She has been a Ruby Lion Judah for many years and has endowed her Lion(LOJE). Both her and her husband belong to Temple B'nai Aviv. Carolyn's son, Dustin, and his wife, Perry, reside in New York City where they are expecting their first child. Carolyn cannot wait to add her newest title to her endless list of accomplishments.
Carolyn has been the recipient of many awards including the Hy and Belle Schlafer Leadership Award, Reva Wexler Award Scholarship Award, Federation Agency Partnership Award, Federation Board Chair Award, Jack and Lilyan Mandel Human Resource Development Award, Otto Stieber Leadership Award, and American Friends of Hebrew University Leadership Award.
ANCHOR. Name: AnchExecutive
WOMENS EXECUTIVE CIRCLE

The Women's Executive Circle of the Jewish Federation of Broward County will exercise the collective clout of Broward County's preeminent Jewish women business and professional leaders to empower the women of tomorrow, and employ high-impact philanthropy to strengthen our community today. We welcome the participation of accomplished corporate, entrepreneurial, and professional women who want to make a difference. The WEC represents a view from the top of Broward County's corporate, entrepreneurial and professional world, and each member benefits from the stimulating and supportive relationship she develops. Within this network, peers share best practices, create new ways of collaborating, and explore the balance between personal and professional priorities. WEC members employ innovative mentoring techniques to help mold the next generation of business leaders –mentoring each other, making lasting friendships and business relationships, all while strengthening the Broward Jewish community.

"WEC represents a view from the top of Broward County's corporate, entrepreneurial and professional world, and each member benefits from the stimulating and supportive relationships she develops. WEC members employ innovative mentoring techniques to help mold the next generation of business leaders – mentoring each other, making lasting friendships and business relationships, all while strengthening the Broward Jewish community. We welcome your participation."

Sheri has been involved with the Jewish Federation of Broward County for many years. She has served in numerous leadership roles on the Federation Board of Directors, Foundation Board of Trustees, Women's Philanthropy, Advisors Philanthropy Initiative (API) and she is a proud Lion of Judah. Sheri is currently serving as the Chair of Women's Executive Circle. She says, that "one of my favorite things is to come together with like-minded women who want to make a difference and better the lives of others."
Outside of her leadership roles, Sheri brings over 30 years of experience to her clients, offering both professional expertise and practical insight toward business valuations and litigation support services. In addition to being a licensed CPA, Sheri holds the designation of Accredited in Business Valuation and is Certified in Financial Forensics by the American Institute of Certified Public Accountants. Sheri joined Fiske & Company in 1990 and is now Managing Partner of the firm.

Alona moved from Toronto, Canada to start her career at the Federation in 2012 and works as the Director of the Eastside Community and Women's Executive Circle. Originally born in the Ukraine, and having made Aliyah to Israel as a child and then eventually to Canada, Alona understands first-hand the great impact Federation has had on her own family's life, as well as other former-Soviet Jews. Upon graduating from York University with a double degree in Psychology and Law & Society, Alona chose to work in Jewish non-profit sector as a way of ‘paying it forward' and worked at Hillel of Greater Toronto coordinating Birthright Israel trips and doing outreach for Russian Jewish students. Alona says, "I am forever in debt to the Jewish community and the generous donors who had saved my family and had given me the opportunity to be where I am today".
954-252-6945 ageysman@jewishbroward.org
:: EXTERNAL CONTROL TEMPLATE

This template controls the elements:

* This message is only visible in administrative mode